Bach’s Cantata No. 198 is a secular work mourning the loss of Christiane Eberhardine, wife of the Elector of Saxony, and first performed in Leipzig in 1727. Dating from 1736, Cantata No. 206 celebrates the birthday of her son, Augustus III of Poland. Preceding these in tonight’s programme is an aria now attributed to Melchior Hoffmann (c.1696/7-1715) but formerly attributed to Bach himself, and probably forming part of a lost cantata composed for a funeral service.

Bravo to the Arcadia Quartet whose Weinberg Disc Vo.1 on Chandos Reccords has been nomiated for the 2022 International Classical Music Awards!

What a week for the Arcadia Quartet!- Recording for Chandos Records at Potton Hall and Concerts in Nottingham and Newton Abbott

Bravo again to the amazing Arcadia Quartet – what a week- recording at Potton Hall for the second disc in their Weinberg quartet series for Chandos followed by 2 highly acclaimed concerts in Nottingham and Newton Abbott.
Nottingham
“The Arcadia Quartet was brilliant on Saturday night at Lakeside…..The audience were riveted by the playing and I don’t think I’ve heard the Janacek played in quite such a visceral way before.” Catherine Hocking, Lakeside Arts
“The Arcadia Quartet nailed their colours to the mast from the word go: tense, agitated, continual tremolos from all four players, a mighty crescendo culminating in the sort of climax which takes you by the throat and gives you a good shaking.” 5 Star Review, William Rufff, Reviewsgate https://reviewsgate.com/arcadia-string-quartet-lakeside…/
Newton Abbott
“I am not alone in finding the Arcadia stunning!…..Such a concert makes a lot of hard work worth-while.” Jeff Colman, NASDA
“Amazingly, the Arcadia kept intensity throughout; playing as one, they led us through a whole gamut of emotion. We were gripped in electric silences, as though our nerve endings had been jangled beyond endurance, but we certainly wanted more.
Our encore was the second movement of Weinberg’s 7th String Quartet, a work new to most of the audience. What a privilege for us to hear this before the Arcadia have recorded it.” https://nadsa.co.uk/2021/11/21/arcadia-string-quartet-2/

Tuesday, 23 November: Raphael Wallfisch & John York appear on In Tune with composer, Jonathan Dove, ahead of next month’s premiere of Dove’s ‘In Exile’ with the CBSO.

On Tuesday, 23 November, Sean Rafferty welcomed composer Jonathan Dove and cellist Raphael Wallfisch and pianist John York, who perform live ahead of next month’s premiere of Dove’s new work, In Exile, with the CBSO.

You can listen in on the following link:   https://www.bbc.co.uk/programmes/m0011rwq

5 Star Review: Piers Lane and Ensemble Q in Brisbane – “Quite possibly the best performance I’ve seen all year, and an astonishing feat of music-making.”

Looking over the works played by Ensemble Q in its 2021 season, there’s some names that we really don’t see on Brisbane stages enough – for instance, from the past year, Britten, Ligeti and Schreker were some that immediately leapt out to me. So too in this performance, with Karol Szymanowski’s String Quartet No 2 Op 56 and Lili Boulanger’s Thème et Variations appearing alongside Brahms’ more familiar Piano Quintet in F Minor Op. 34. Here, it was the string quartet side of Ensemble Q (Natsuko Yoshimoto and Anne Horton on violin and Imants Larsens and Trish Dean playing viola and cello). 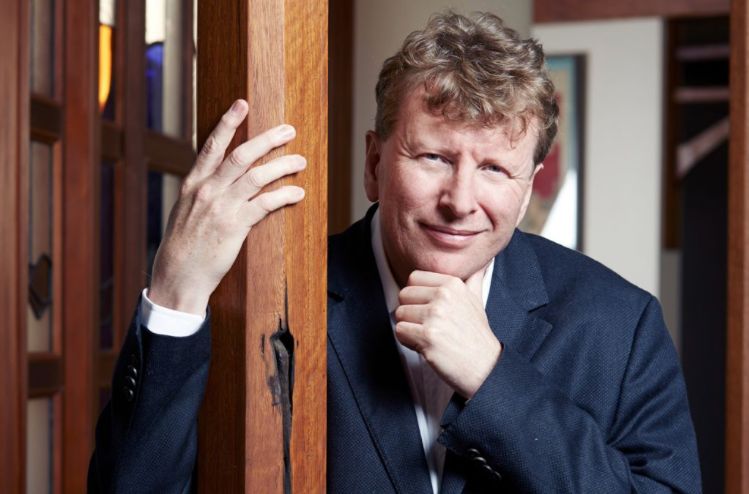 Szymanowski’s String Quartet is a thorny work, reminiscent of early 20th-century contemporaries like Bartók. One of the things that I maintain is enormously important in any performance is a strong sense that the performers (and the composer, too, for that matter) are confidently leading you through a work’s twists and turns, almost as if you were being led through a maze or a labyrinth. In, say, a Mozart quartet, that’s fairly straightforward – the audience can catch and absorb Mozart’s ideas with no trouble. In something denser like this Szymanowski, the quartet has to have firm and directed ideas about each and every phrase, sub-phrase and dynamic shift. Here, I heard a performance of such incredible clarity and direction that I felt like I could have whistled along with the entire thing. The Ensemble Q quartet explained the whole thing to the audience as if it were the simplest piece in the world, despite the piece’s formidable performance challenges. A remarkable performance of a difficult piece.

Piers Lane took to the stage after this for a performance of Lili Boulanger’s Thème et Variations for solo piano. Lili Boulanger’s life was a difficult one (various forms of chronic illness plagued her all her life), and that certainly comes into play in this work which is rich and deep-hued, but also heavy with sadness. Incidentally, Lane noted that the work was “not a masterwork, but worth hearing” – this is a good point. There’s definitely space on concert programs for pieces that aren’t always the big hitters! Nonetheless, this is a terrific piece, rolling from variation to variation, outlining the sparse melancholy of Boulanger’s initial theme. Lane’s performance was confident and assured, impressing (as always) with his easy virtuosic style. Quieter variations were sparse and unaffected, and the applause after the final doom-laden bass notes rang out was intense.

Brahms’ Piano Quintet in F Minor was the centrepiece of this concert. I was quite prepared to be simply “whelmed” here, having heard so, so many performances of this piece over the years, but frankly, this was a jaw-dropping performance. My notes for the third movement Scherzo, for instance, are, in their entirety, a single word – “WOW!”. The first movement started perhaps a little safely, but by the time the piece had really got underway it was clear that this was something special. The free-flowing melodies of the second movement were rapturous and gentle, but felt as if they’d been perfectly placed within the movement’s overarching form, while the third movement was (as you can probably guess from my single note) a full-blooded performance that felt as powerful as if it was a thunderous finale. The finale proper was just as good, seamlessly shifting gears from the initial poco sostenuto to the allegro before the final rush of the concluding presto section.

This was the sort of performance that I haven’t seen in a while, where I was reminded of the sort of heights that chamber music can reach. Not once did I hear a note without a rock-solid sense of direction and confidence behind it. Quite possibly the best performance I’ve seen all year, and an astonishing feat of music-making.

A member of a large family of leading musicians, the English cellist has championed wide swathes of the repertoire for his instrument both live and on disc, as well as featuring many new works written especially for him. His return to Wigmore Hall once again sees him perform with his duo partner of nearly 40 years in a characteristically varied programme.